I'm intrigued to read about a Batmobile powered by a 1960's jet turbine taken from a US Navy drone helicopter. Engadget reports:

... auto restoration guru Casey Putsch ... upgraded the engine with a Boeing turboshaft -- snatched out of a naval drone helicopter. According to him, this makes his collector's item one of a kind, in true Bruce Wayne fashion. 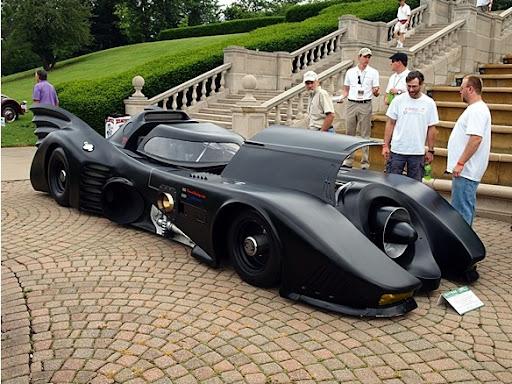 Sure, these discarded movie props are usually powered by a standard 350 (especially the older models), but that wasn't enough for a dude's dude who appraises and designs all types of vehicles for a living. Mods were also made to the interior, including an iPad in the dash which serves as the avionics system and keeps track of the important GPS coordinates ... 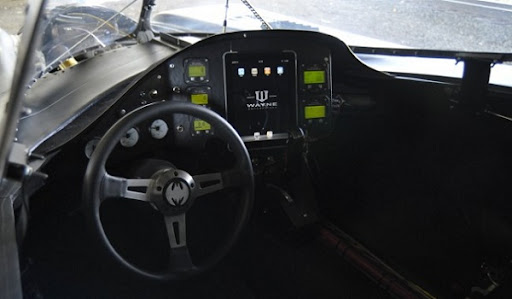 There's more at the link. Pictures courtesy of Putsch Racing. Here's a video clip of the beast in action:

I suspect the shutting-down engine sounds were added by editors at the end there . . . he couldn't have put his leg next to a jet turbine exhaust like that without a whole lot of burning going on!

What a great way to discourage tailgaters!

Don't want to be the one behind it coming off a stop sign!