Under the skin of an airliner


Readers may not have thought about the internal structure of the jet airliners that carry us hither and yon. A series of photographs from the South African Airways Museum Society offers an interesting glimpse 'under the skin' of a Boeing 707. It was dismantled by the South African Air Force (SAAF), its final user, as it was not economically viable to sell or store it. The nose section is now being prepared for display by the Museum Society.

Here are a few of the pictures taken during the delivery of the nose section. 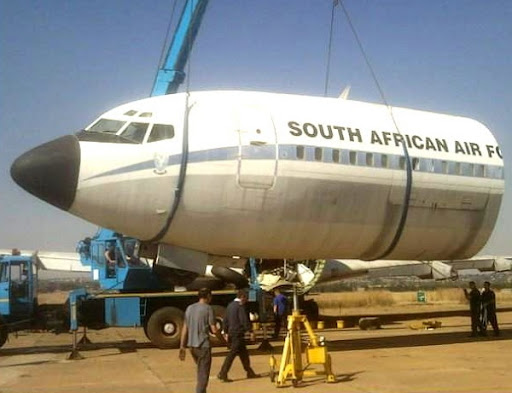 The nose section has been cut off the fuselage, and is being lowered onto a trailer for delivery to the Museum Society. 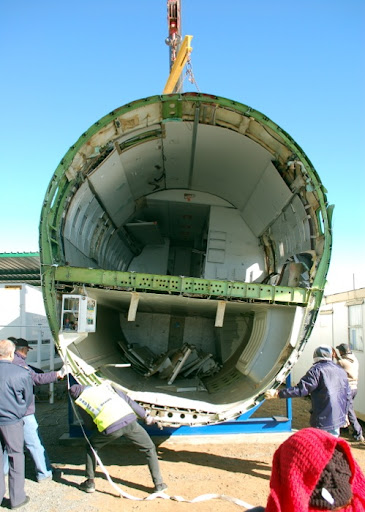 The nose section is being unloaded from the trailer. Note the floor of the passenger/load compartment, two-thirds of the way down from the top of the fuselage. The space beneath it is the cargo hold. 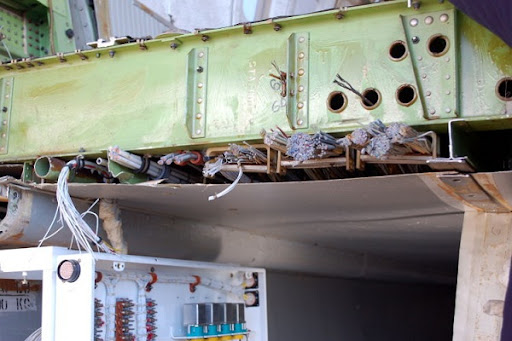 A close-up of the floor, showing the wiring bundles and control cables running through and beneath it from front to rear of the aircraft. This is how the instruments and controls on the flight deck are connected to the aircraft's systems, making it possible for the pilots to control it during the flight.

The Boeing 707 first flew during the 1950's, so this is a relatively old design: but the same basic layout, with control cables and wires running beneath the floor, is used on all modern airliners as well. There are many more photographs at the SAAMS Web site, showing this fuselage in a lot more detail; and many more pictures of the SAAMS's other aircraft as well. Their planes include a Douglas DC-4: 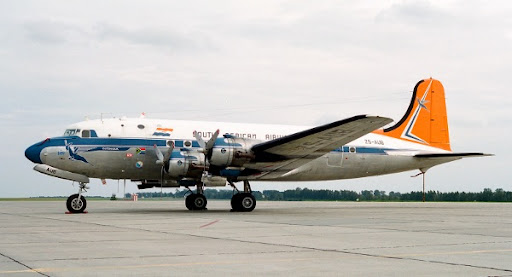 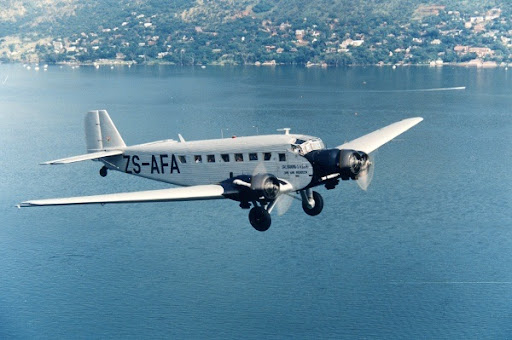 and a Lockheed Lodestar: 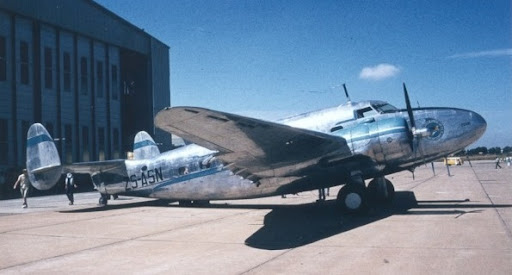 If you should ever visit South Africa, they're worth seeing. You can fly on the Ju 52, the DC-4 and a restored DC-3 if you wish.

(Interestingly, spares were increasingly hard to obtain for the Ju 52's original engines; so they've been replaced by three Pratt & Whitney R-1340 Wasp engines taken from the SAAF's T-6 Texan fleet. The new engines are of similar size to, and deliver roughly the same power as, the original engines, so the Ju 52 flies quite happily behind them - even though she now sounds like a formation of T-6's!)

When I was in boot camp (back when dinosaurs roamed the earth, per my kids), we flew in a DC-3 from Great Lakes, IL to Cincinnati for a Columbus Day parade. The port engine caught fire each time we landed, and had to be extinguished before they'd allow us to exit from the cabin.

My second flight ever was a night flight from LAX to Kennedy then onto Spain. I had a window seat, over the left wing. At the time I was wondering if the Captain knew that his airplane was on fire. No one seemed interested. It's amazing what stuff goes through your head at the time. Oh, yeah, good times. Sure! :)