Last month I mentioned a 20-part series of photographs of World War II, being published by the Atlantic. Five of the 20 installments are now available online. I thought I knew most of the widely-published pictures of World War II, but these contain many images that are new to me.

I published a few images from the first two installments in my first article. Here are a few reduced-size examples from the third, fourth and fifth parts. Larger versions may be found at the links. 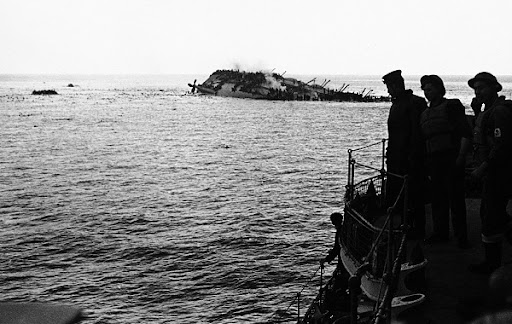 The RMS Lancastria sinks after being bombed by German aircraft
while evacuating British troops and civilians from France on June 17th, 1940.
More than 4,000 people died, the single greatest loss of life in British
maritime history. The specks around the wreck are swimming survivors,
many of whom drowned before they could be rescued. 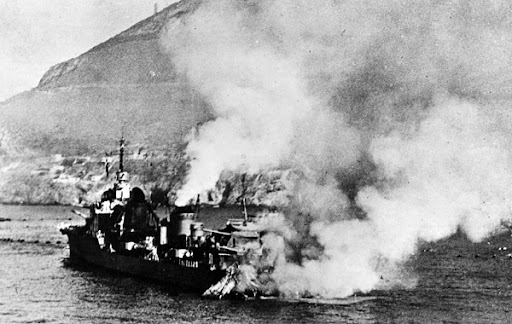 The French destroyer Mogador burns after being shelled by British forces
during their attack on Mers-el-Kebir, French Algeria, on July 3, 1940. 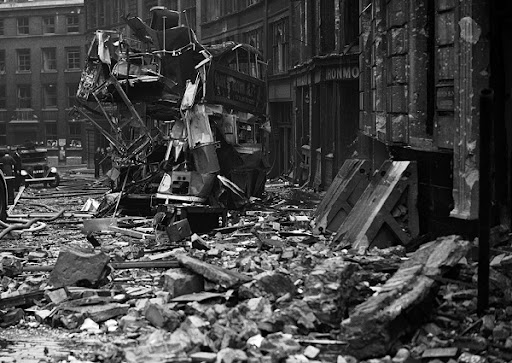 Air raid damage, including the twisted remains of a double-decker bus,
in the City of London on September 10, 1940, at the start of The Blitz. 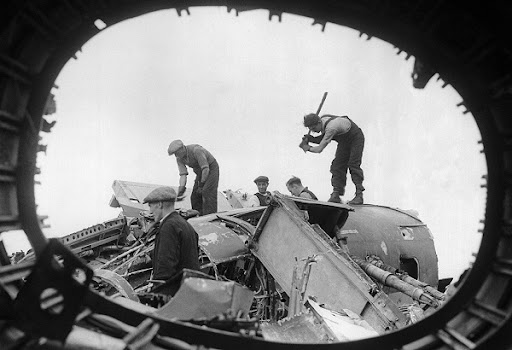 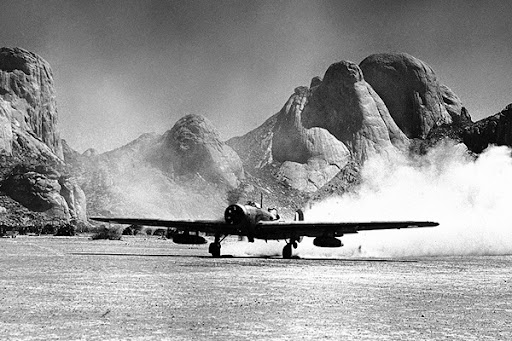 A Vickers Wellesley bomber takes off somewhere in East Africa on May 15th, 1941.
Obsolete aircraft like the Wellesley were too slow and vulnerable to be used in Europe,
but rendered yeoman service in secondary conflicts such as the East African Campaign.

Many more (and larger) photographs may be found in the Atlantic's articles. Highly recommended viewing.