I've heard of 'loud sex', but never like this!


I'm a bit mind-boggled by a report from the BBC.

A tiny water boatman is the loudest animal on Earth relative to its body size, a study has revealed. 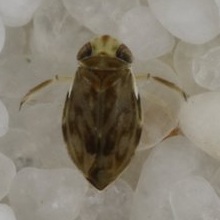 Scientists from France and Scotland recorded the aquatic animal "singing" at up to 99.2 decibels, the equivalent of listening to a loud orchestra play while sitting in the front row.

The insect makes the sound by rubbing its penis against its abdomen in a process known as "stridulation".

Researchers say the song is a courtship display performed to attract a mate.

On average, the songs of M. scholtzi reached 78.9 decibels, comparable to a passing freight train.

Dr Windmill explained that the reason the insects don't deafen us is down to the bug's underwater lifestyle.

Although 99% of the sound is lost when transferring from water to air, the songs were still loud enough to be audible to the human ear.

"The song is so loud that a person walking along the bank can actually hear these tiny creatures singing from the bottom of the river," said Dr Windmill.

Researchers believe that sexual selection could be the reason why the insects' songs reach such high amplitude.

"We assume that this could be the result of a runaway selection," biologist and co-author Dr Jerome Sueur from the Museum of Natural History, Paris, told the BBC.

"Males try to compete to have access to females and then try to produce a song as loud as possible potentially scrambling the song of competitors."

There are so many comments one could make about this subject that I'm almost afraid to start - particularly as the very thought of using one's sex organ to produce such volume, in such a manner, is painful! However, I'm sure my readers are up to it (you should pardon the expression). Let's hear your contributions in Comments!