Are expensive running shoes a waste of money?


There's an interesting article in the Daily Mail about this. An excerpt:

Every year, anywhere from 65 to 80 per cent of all runners suffer an injury. No matter who you are, no matter how much you run, your odds of getting hurt are the same. It doesn't matter if you're male or female, fast or slow, pudgy or taut as a racehorse, your feet are still in the danger zone. 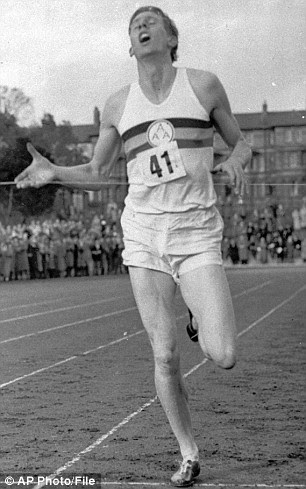 But why? How come Roger Bannister could charge out of his Oxford lab every day, pound around a hard cinder track in thin leather slippers, not only getting faster but never getting hurt, and set a record before lunch?

Then there's the secretive Tarahumara tribe, the best long-distance runners in the world. These are a people who live in basic conditions in Mexico, often in caves without running water, and run with only strips of old tyre or leather thongs strapped to the bottom of their feet. They are virtually barefoot.

Come race day, the Tarahumara don't train. They don't stretch or warm up. They just stroll to the starting line, laughing and bantering, and then go for it, ultra-running for two full days, sometimes covering over 300 miles, non-stop. For the fun of it. One of them recently came first in a prestigious 100-mile race wearing nothing but a toga and sandals. He was 57 years old.

When it comes to preparation, the Tarahumara prefer more of a Mardi Gras approach. In terms of diet, lifestyle and training technique, they're a track coach's nightmare. They drink like New Year's Eve is a weekly event, tossing back enough corn-based beer and homemade tequila brewed from rattlesnake corpses to floor an army.

Unlike their Western counterparts, the Tarahumara don't replenish their bodies with electrolyte-rich sports drinks. They don't rebuild between workouts with protein bars; in fact, they barely eat any protein at all, living on little more than ground corn spiced up by their favourite delicacy, barbecued mouse.

How come they're not crippled?

I've watched them climb sheer cliffs with no visible support on nothing more than an hour's sleep and a stomach full of pinto beans. It's as if a clerical error entered the stats in the wrong columns. Shouldn't we, the ones with state-of-the-art running shoes and custom-made orthotics, have the zero casualty rate, and the Tarahumara, who run far more, on far rockier terrain, in shoes that barely qualify as shoes, be constantly hospitalised?

The answer, I discovered, will make for unpalatable reading for the $20 billion trainer-manufacturing industry. It could also change runners' lives forever.

Dr Daniel Lieberman, professor of biological anthropology at Harvard University, has been studying the growing injury crisis in the developed world for some time and has come to a startling conclusion: 'A lot of foot and knee injuries currently plaguing us are caused by people running with shoes that actually make our feet weak, cause us to over-pronate (ankle rotation) and give us knee problems.

'Until 1972, when the modern athletic shoe was invented, people ran in very thin-soled shoes, had strong feet and had a much lower incidence of knee injuries.'

In a paper for the British Journal Of Sports Medicine last year, Dr Craig Richards, a researcher at the University of Newcastle in Australia, revealed there are no evidence-based studies that demonstrate running shoes make you less prone to injury. Not one.

It was an astonishing revelation that had been hidden for over 35 years. Dr Richards was so stunned that a $20 billion industry seemed to be based on nothing but empty promises and wishful thinking that he issued the following challenge: 'Is any running-shoe company prepared to claim that wearing their distance running shoes will decrease your risk of suffering musculoskeletal running injuries? Is any shoe manufacturer prepared to claim that wearing their running shoes will improve your distance running performance? If you are prepared to make these claims, where is your peer-reviewed data to back it up?'

Dr Richards waited and even tried contacting the major shoe companies for their data. In response, he got silence.

There's lots more at the link. Very interesting reading - and very troubling. It appears as if the founders of the modern sports footwear industry basically created a demand for their products through their books and teaching, then developed a product to satisfy the demand. Only trouble is, it hasn't worked - at least, not according to the author.

Those of my readers who are into running might want to read the whole article very carefully.

Peter, I've been 'in search of' flexible-soled shoes for YEARS - at one time, I could find high-top, flexible Reeboks whenever I wanted - I don't run, but DO walk, and am increasingly having "foot problems" due to the rigidity of shoes that are currently available - thank you for the article, as I now realize I'm not 'the only one' with problems ........................

Just insert "global warming", into all the places it says "running shoes......."

DM- some product recommendations contained within this post, but they may be a little thinner than you want, given that they're designed to be basically "barefoot, but with your feet protected from thorns and suchlike".

Here's another one. I'm told you have to work up to wearing them all day. In some places, I think you might have to get used to being laughed at, too.

Thank you, LabRat & YoelB - the FiveFingers LOOK to take some getting used to {I've never done well with separation of my toes, other than "big" & "second" ;-) }, but if it does away with the PAIN in my right foot/ankle/knee/hip, it'll be well worth it! ;-)