In my time as a prison chaplain I've come across many strange, weird and wonderful things made by prison inmates, sometimes to protect themselves, sometimes to make their lives more comfortable, sometimes just to while away the hours.

I'm obliged to reader DB for sending me a link to German photographer Marc Steinmetz, who's collected photographs of items found in prisons in his country. Some are unique in my experience, but it's clear that creativity is found behind bars wherever you go. Here are a few examples. Descriptions are from Marc Steinmetz's Web site. 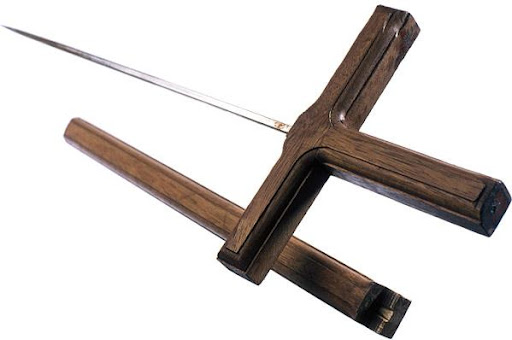 DAGGER, disguised as a wooden crucifix; found in an inmate’s cell in Wolfenbüttel prison, Germany, sometime around 1994; intended for use in an escape or as a general weapon. At that time a lot of crucifixes were fashioned in prison woodshops until jailers finally dug their true purpose. 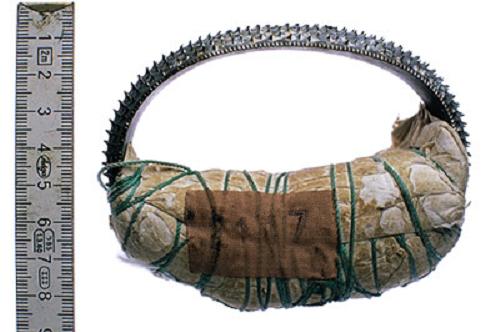 KNUCKLEDUSTER with padded handle, made from a rasp that was presumably stolen from a prison workshop. The weapon was found in a cell in the prison of Wolfenbüttel, Germany, sometime around 1993. 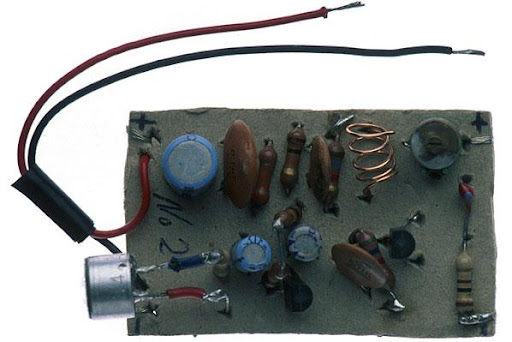 RADIO TRANSMITTER / BUG made of radio recorder parts by an inmate of Wolfenbüttel prison, Germany (battery is missing). Prisoners occasionally manage to install gizmos like this one in guard-rooms to be prepared for upcoming cell searches. Also suitable as a means of cell-to-cell communication among inmates. A standard radio serves as a receiver.

SHOTGUN made from iron bedposts; charge made of pieces of lead from curtain tape and match-heads, to be ignited by AA batteries and a broken light bulb. On May 21, 1984 two inmates of a prison in Celle, Germany, took a jailer as a hostage, showed off their fire power by letting go at a pane of bullet-proof glass, and escaped by car. 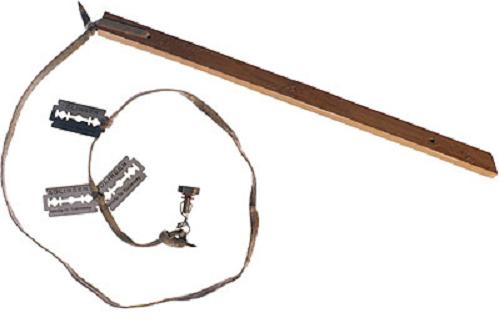 WHIP with razor blades. The grisly weapon was found around 1996 in ‘Santa Fu’ jail in Hamburg, Germany, in the cell of a drug addicted inmate after his failed attempt to extort a higher Methadone ration by threatening a female prison officer with a knife.

Ingenious - and scary! There are many more such items on Marc Steinmetz's Web site. Click over there and browse at leisure.

I certainly get 'the point' of religion with that cross

Ingenuity knows no bounds... I wonder how many of those were for self protection and how many were for offense?

As a former Correctional officer I saw some amazing and dangeruous items taken from the offenders.