I'm not a 'car nut'. I drive a straightforward standard-cab pickup, and I've never longed for a high-end performance car or luxury vehicle. Nevertheless, I can appreciate craftsmanship and beauty: and boy, are they evident in the latest vehicle from Faralli & Mazzanti in Italy!

Their new Vulca S is an extraordinary tour de force of styling, power and luxury. The Age newspaper in Australia reports as follows (I've taken the pictures included here from the manufacturer's Web site - click any picture for a larger version):

AN ITALIAN coachbuilding company will soon turn out one of the most exclusive cars in the world. 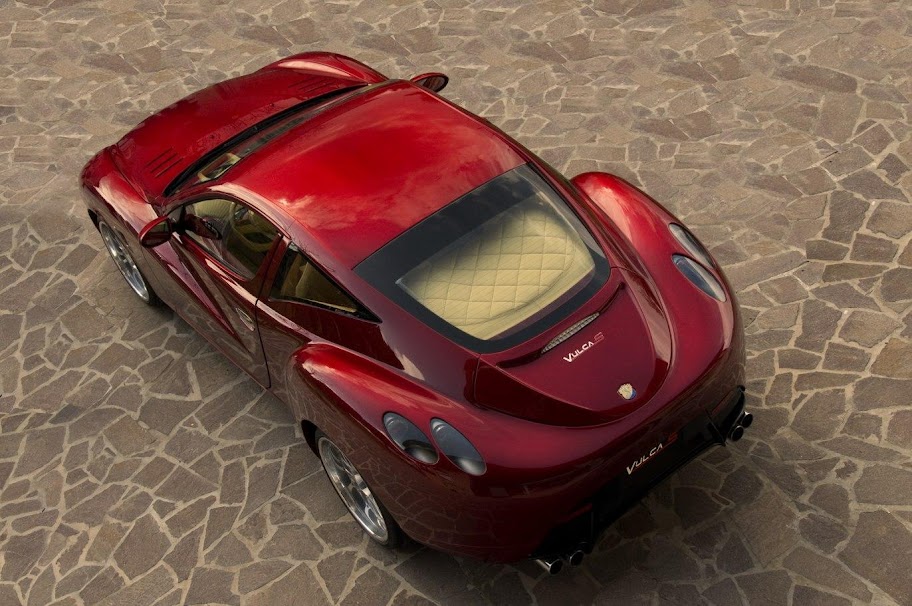 This is our first look at the Vulca, a hand-fettled, aluminium-bodied two-door 2+2 sports coupe that will be builtby Tuscan company Faralli & Mazzanti Auto. Only 10 will be made. 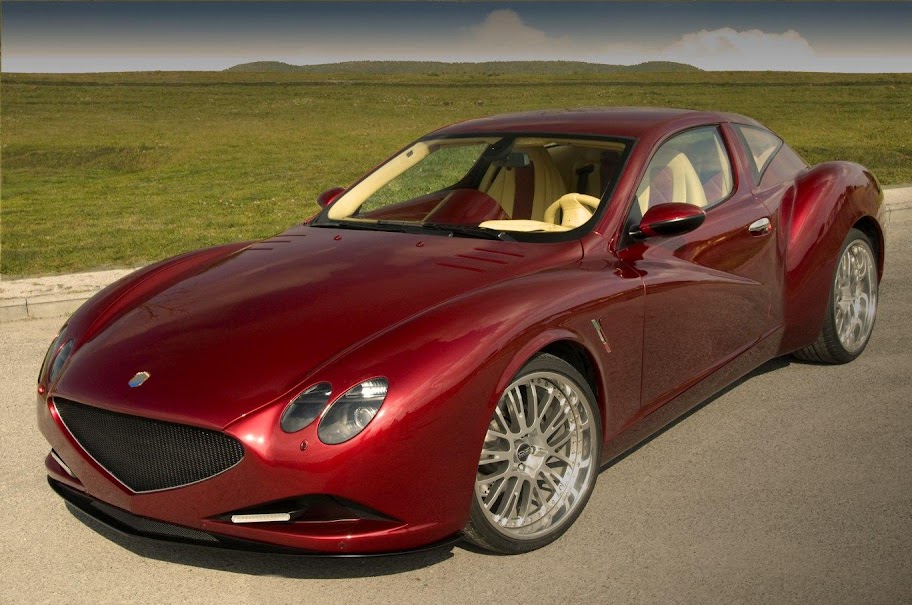 F&M's philosophy is to take a step back in time and use traditional skills developed during the 1930s to '60s and build vehicles that "bring back the car to its rightful place, in a world invaded by too many regulations, conformity and lack of fantasy". 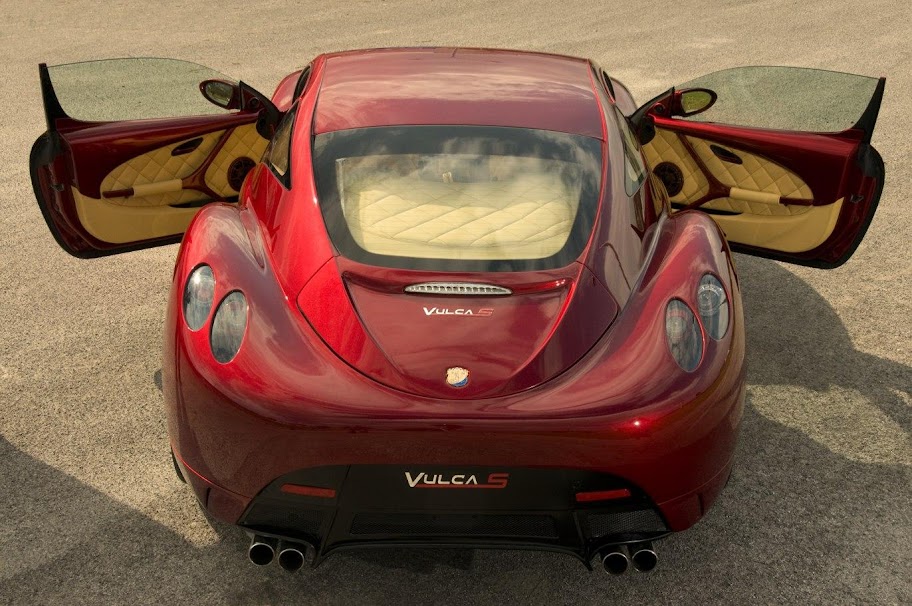 According to its makers, the Vulca - this one the same colour as chianti - classically interprets the typical concept of "GT all'italiana". We think that means a classic Italian sports car design given a modern-day look. 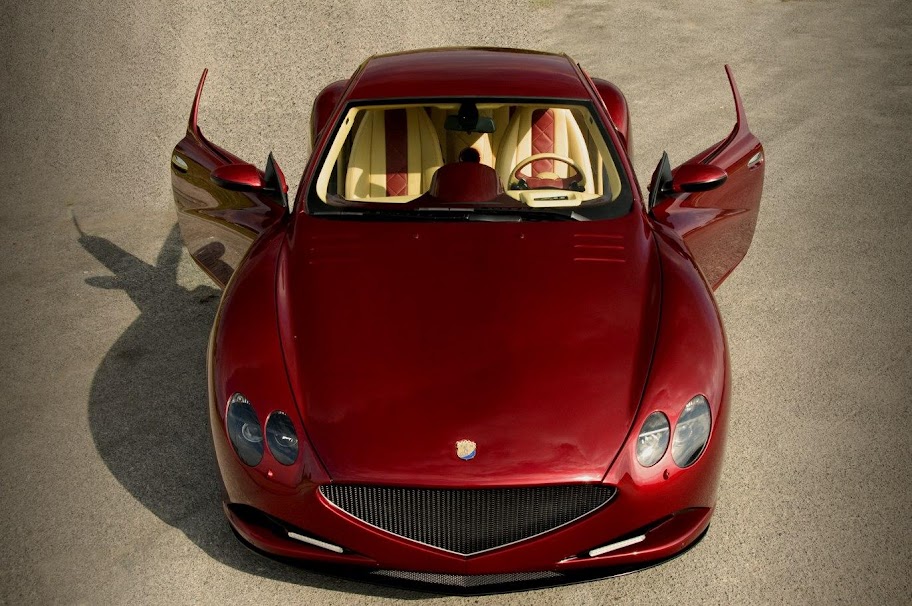 The car starts off as a wire frame, onto which hand-rolled and beaten alloy panels are attached by men using techniques virtually forgotten since mindless robots started churning out characterless cars in the '70s. 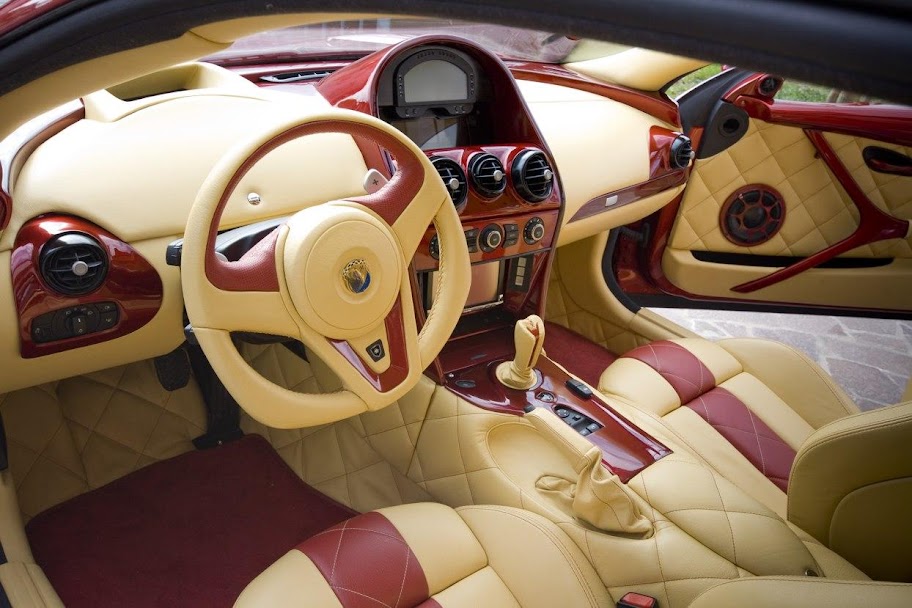 The interiors are hand crafted too, with hides cut and stitched individually. The unique looks are backed up with an impressive choice of engines. The base model will get a 7.1-litre V12 generating about 390kW. Serious drivers can ask for the "S" version. It will use a smaller-capacity 5.8-litre V10 under the hood, although its potency is increased, generating something north of 470kW at 7500rpm. 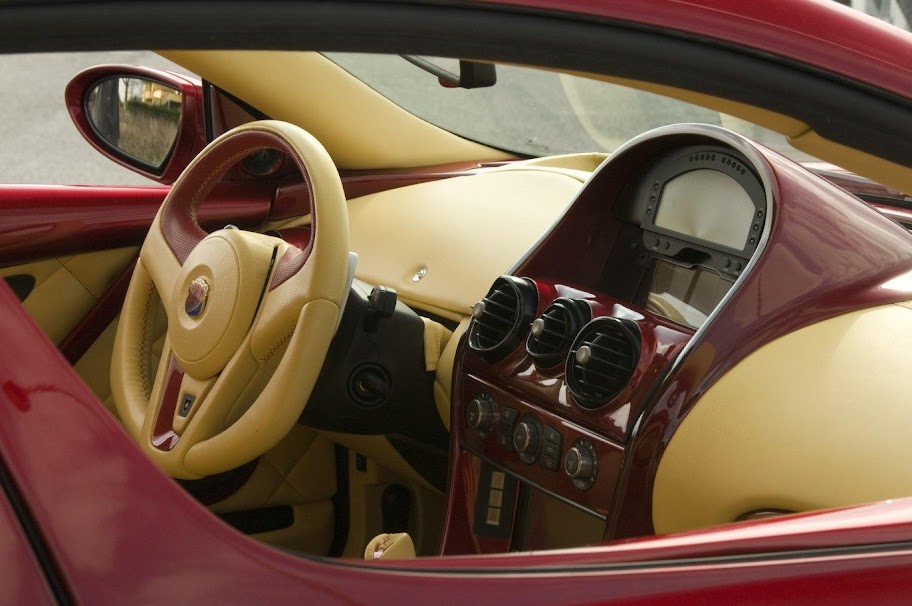 Torque for the higher performance drivetrain is set at 630Nm at 5500rpm, so expect it to be a bit of a peaky engine. Even so, it will help push the Vulca from 0-100km/h in 3.9 seconds. 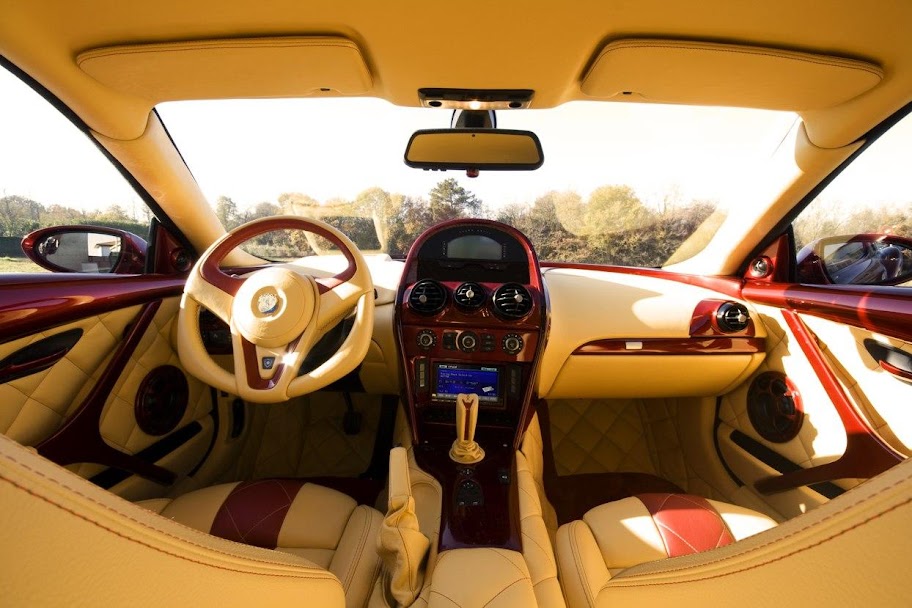 Six exterior colours are available, including orange, yellow and - our favourite - chianti. There's no word yet on cost but seeing as the company has a history of cannibalising Maseratis on which to build their own designs, it won't be cheap by any measure.

With only 10 of these cars to be built, I shudder to think of the price . . . but then, I guess if you have to ask it, you can't afford it! I honestly don't want to own one of these beauties. My driving skills aren't up to it - and besides, I couldn't afford to insure it, much less drive it! Still, it's great to see that old-fashioned hand-built craftsmanship is still with us.

Oh - and the name, 'Vulca'? According to one source:

The name, as per Faralli & Mazzanti tradition, is inspired by the Etruscan world. Vulca da Veio is the most famous Etruscan sculptor, responsible for some of the most well known artistical expressions of this great and mysterious ancient population, including the “Apollo di Veio”.

Gorgeous! I wouldn't necessarily even want to drive it, just smell the interior and loll around on the leather...mmmmm.