A White House official apologized Monday after a low-flying Boeing 747 spotted above the Manhattan skyline frightened workers and residents into evacuating buildings.

The huge aircraft, which functions as Air Force One when the president is aboard, was taking part in a classified, government-sanctioned photo shoot, the Federal Aviation Administration said.

"Last week, I approved a mission over New York. I take responsibility for that decision," said Louis Caldera, director of the White House Military Office. "While federal authorities took the proper steps to notify state and local authorities in New York and New Jersey, it's clear that the mission created confusion and disruption." 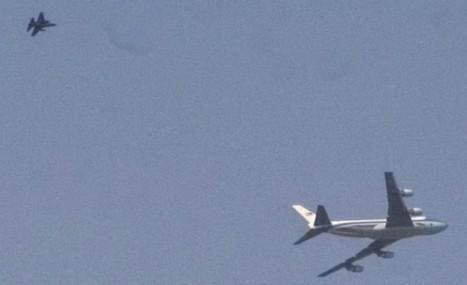 The incident outraged many New Yorkers, including Mayor Michael Bloomberg.

"First thing is, I'm annoyed -- furious is a better word -- that I wasn't told," he said, calling the aviation administration's decision to withhold details about the flight "ridiculous" and "poor judgment."

"Why the Defense Department wanted to do a photo op right around the site of the World Trade Center defies the imagination," he said. "Had we known, I would have asked them not to."

"I was here on 9/11," said iReporter Tom Kruk, who spotted the plane as he was getting coffee Monday morning and snapped a photo. Kruk called the sight of the aircraft low in the sky "unsettling." 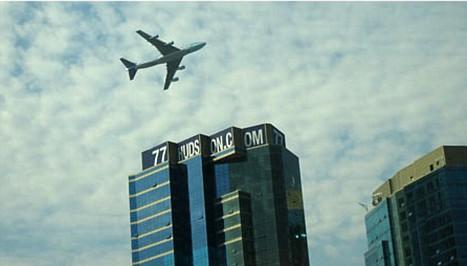 Linda Garcia-Rose, a social worker who counsels post-traumatic stress disorder patients in an office just three blocks from where the World Trade Center towers once stood, called the flight an "absolute travesty."

"There was no warning. It looked like the plane was about to come into us," she said. "I'm a therapist, and I actually had a panic attack."

Anyone who could unthinkingly, unhesitatingly approve such a flight, in the face of memories of September 11th, 2001, is so blind to reality that the mind boggles. Why is this man still at his desk???

This administration acts as if it was 9/10.

This is only the tip of the iceberg.

It isn't so much that they allowed the flight, the Statue of Liberty (In Chains) is a good backdrop. The real cock-up was not informing everyone. You know, throw out a few lines somewhere, "Two military aircraft will be flying near the SoL about this time on this date..." Of course, you show up an hour or two late - no sense being too predictable - take your photos, and do so without pushing a big red button which really doesn't need to be pressed.

Alternately find someone who is good with photoshop.

I agree with Jim.....
I have no love for the current Administration but I don't really think it is their fault...

Yes, there should have been public notification, that does not mean that they had to publicize the fact that it would be Air Force One but just a couple military planes.. This would have allowed the public to be calm and also the public the opportunity to take pictures also...

What was gained by keeping this mission secret? And wasn't this the administration that promised to be open and transparent to the public?

Excuse me but it ABSOLUTELY IS the fault of this administration and obama specifically. Who do you think authorizes these types of flights? Here's a hint it isn't some mid/high-level bureaucrat.