There's a new book out entitled 'No Regrets: The Best, Worst, & Most #$%*ing Ridiculous Tattoos Ever'. 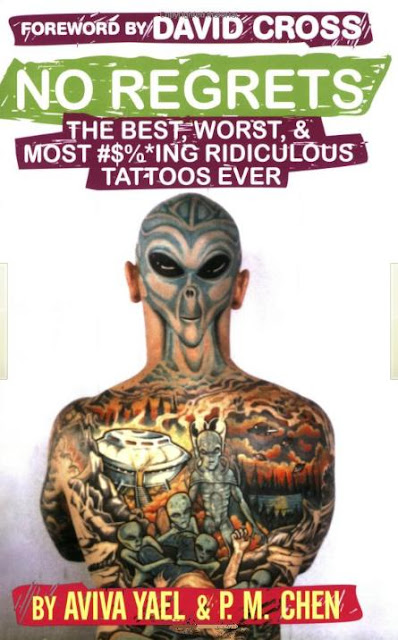 I'm no tattoo expert, but I can't honestly say these are the worst I've ever seen (military service will give you a whole new insight into bad tattoos, believe me!). Still, there are the weird, the incongruous and the just plain silly. Here are a few examples from the book. 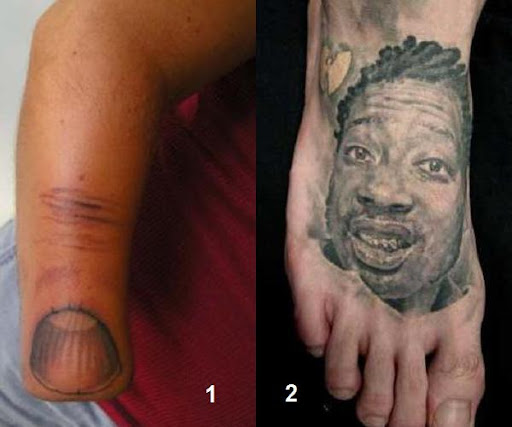 1. The stump of a wrist, tattooed to look like a thumb.

2. The face of the late rapper Ol' Dirty B*****d, tattooed on the top of a foot. Did someone have a fe(e)tish about him, perhaps? 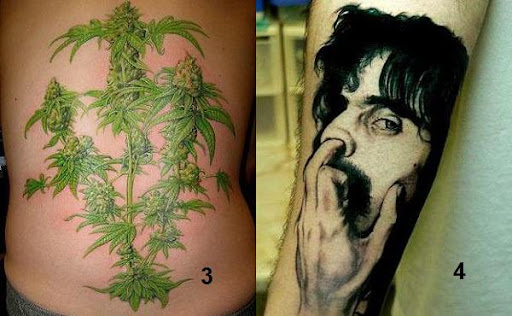 3. No prizes for guessing the plant, or the sentiments of the wearer about it! 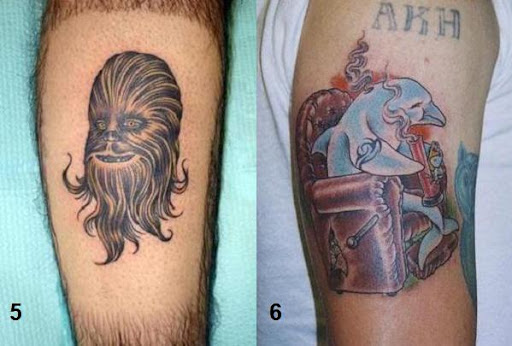 5. Chewbacca on a lower leg - which had to be shaved before the hairy one could be tattooed on it! Now that's irony!

6. A dolphin smoking a bong, blowing smoke through its breathing hole. The La-Z-Boy is a nice touch! 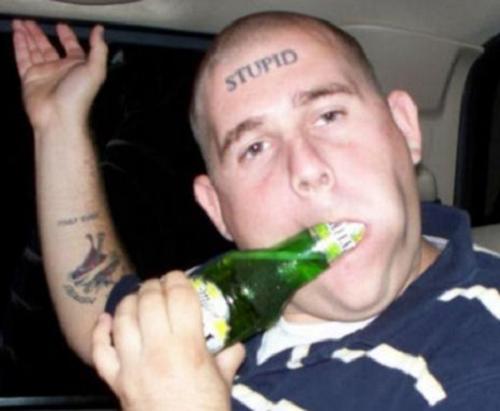 Yep - if you open a beer bottle with your teeth, the tattoo on your forehead's likely to be proved correct, and sooner rather than later! 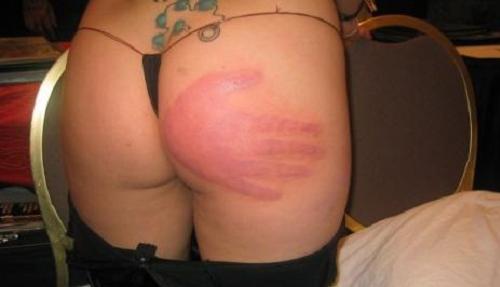 Yes, that's a tattoo of a rosy red slap mark! Quite why such a blow would deserve such commemoration, I can't quite figure. 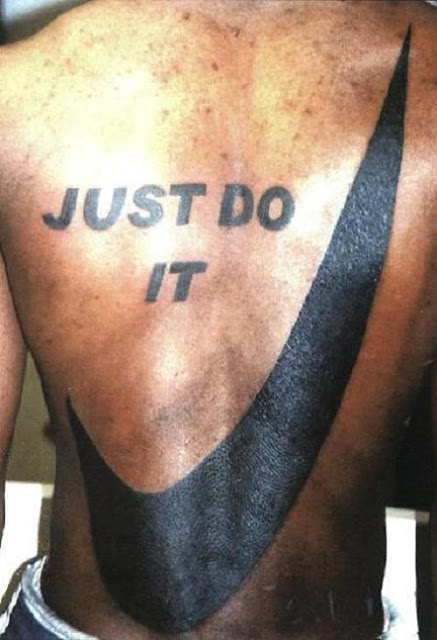 Why anyone would want the Nike trademark and slogan tattooed on their back, I can't quite figure out. Still, as long as he's happy . . . A blue winged horse mounts a pink cigarette-smoking wingless horse, both riding on a cloud of smoke, topped by a rainbow? And all this on the back of the neck? Oy gevalt! 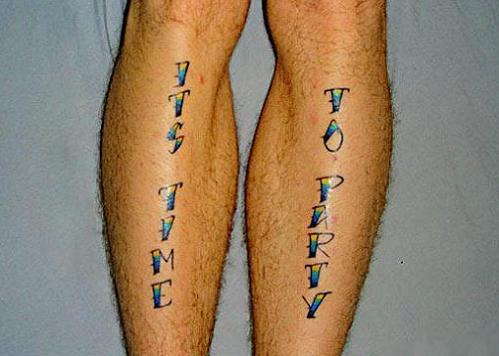 An admirable sentiment - but on the shins? 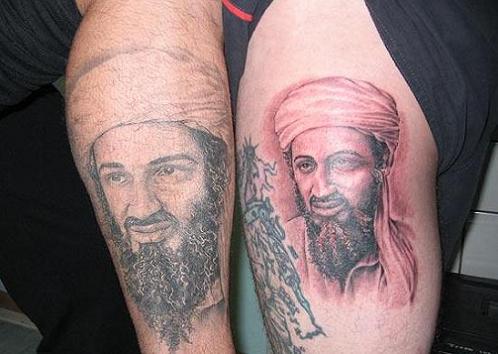 I've never gotten a tattoo myself, but I have friends who are more or less covered with them. I'll have to ask their opinions of this lot, and see what they say.

I saw a piercing today I've never seen before. Guy shaved his head, had rings inserted and had metal dog "choke" chains hanging from them! 4 or 5, I think.

It looked even dumber than it sounds.

Some of those tattoos are quite nicely done, from a technical perspective. Not the kind of imagery I would've chosen for my own body though...

I have a few. I've also had several tattoo ideas which, in retrospect, I'm glad I wasn't able to act before the mind-altering substances wore off.

What Sebastian said. That Zappa tattoo especially is really nice workmanship, and the pot plant isn't bad either from that perspective.

The guys who ink me run a shop that specializes in custom work. (The term for the predrawn stuff you see on walls is flash. They have flash hanging, but won't tattoo it- it's for display/collection purposes.) The owner of the place summed up the general self-respecting tattooist's philosophy- you draw what the client wants even if it's completely retarded, but you draw it as well as you possibly can.

As for my own opinion... a tattoo ALWAYS speaks volumes about you. Just because all it's saying is "I'm a douchebag" doesn't mean it's not doing that...

BTW, the pink horse is a unicorn.

And the blue one is a Pegasus... so the Pegasus is mounting the Unicorn...

Some of the art is pretty good, but as far as the tattoos themselves... not anything I would choose.