I'd never heard of snow rollers, but the National Weather Service has uploaded some pictures of them. They describe them as follows:

On the evening of March 31st, 2009, Tim Tevebaugh was driving home from work east of Craigmont in the southern Idaho Panhandle (see map below). Across the rolling hay fields, Tim saw a very usual phenomena. The snow rollers that he took pictures of are extremely rare because of the unique combination of snow, wind, temperature and moisture needed to create them. They form with light but sticky snow and strong (but not too strong) winds. These snow rollers formed during the day as they weren't present in the morning on Tim's drive to work. 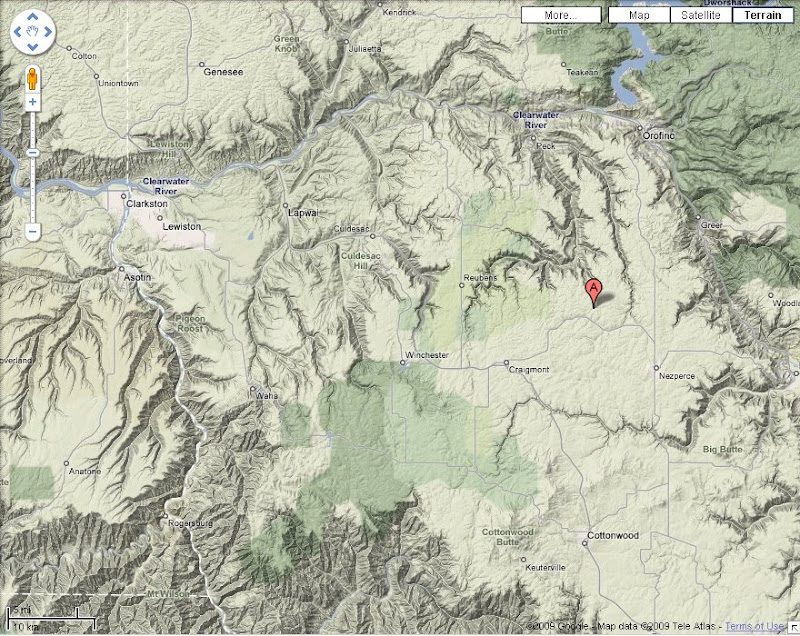 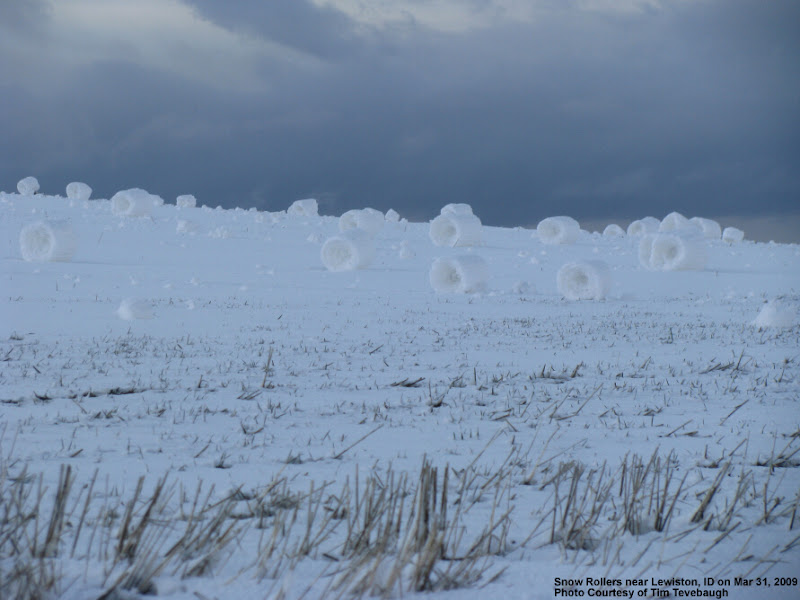 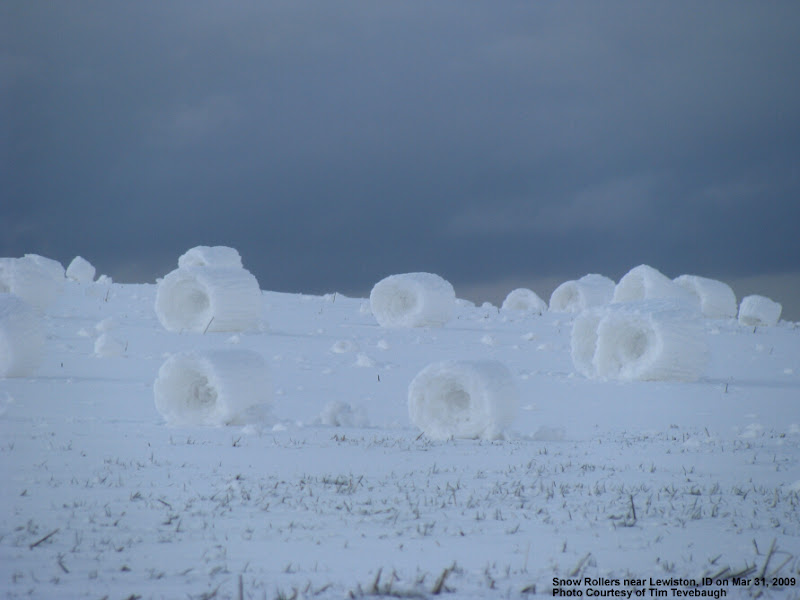 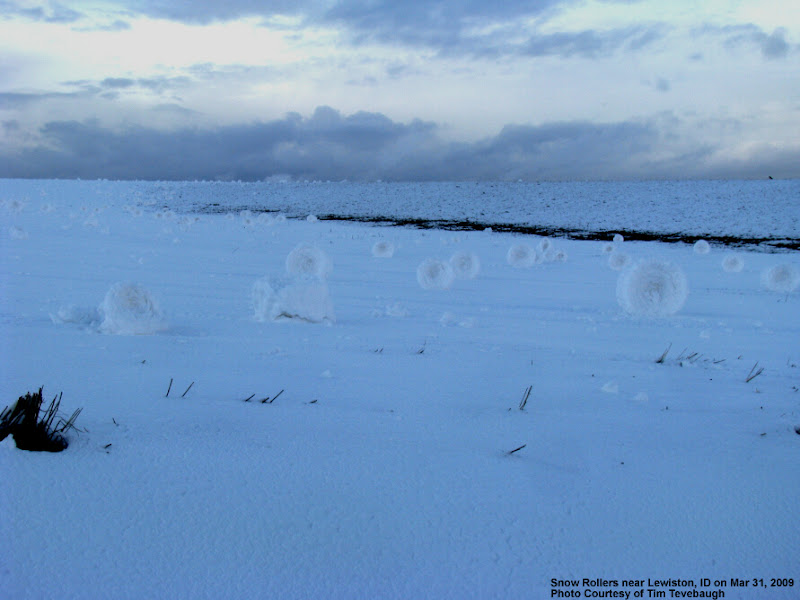 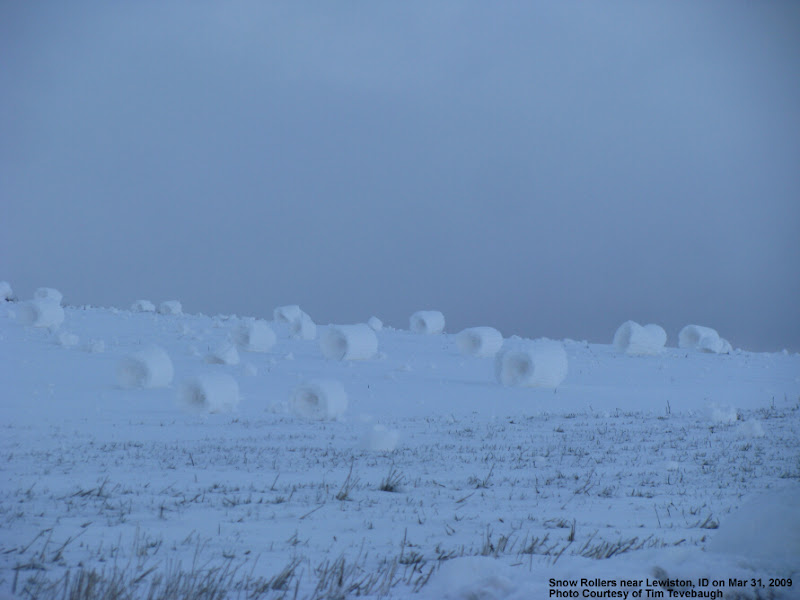 Intrigued, I looked for more information. Wikipedia describes them as follows:

A snow roller is a rare meteorological phenomenon in which large snowballs are formed naturally as chunks of snow are blown along the ground by wind, picking up material along the way, in much the same way that the large snowballs used in snowmen are made.

Unlike snowballs made by people, snow rollers are typically cylindrical in shape, and are often hollow since the inner layers, which are the first layers to form, are weak and thin compared to the outer layers and can easily be blown away, leaving what looks like a doughnut or Swiss roll. Snow rollers have been seen to grow as large as two feet in diameter.

The following conditions are needed for snow rollers to form:

* The ground must be covered by a layer of ice that snow will not stick to.
* The layer of ice must be covered by wet, loose snow with a temperature near the melting point of ice.
* The wind must be strong enough to move the snow rollers, but not strong enough to blow them too fast.
* Alternatively, gravity can move the snow rollers as when a snowball, such as those that will fall from a tree or cliff, lands on steep hill and begins to roll down the hill.

Because of this last condition, snow rollers are more common in hilly areas. However, the precise nature of the conditions required makes them a very rare phenomenon.

I even found this short video clip of snow rollers on Youtube.

Amazing things! As a friend of mine commented, "It just goes to show that Nature is cool - particularly when she's really, really cold!"