Who says demonstrations have to be ugly?


An Italian protester has had his day in court over a recent demonstration.

A man received an eight-month suspended jail sentence Monday for rolling a half million or so colored balls down Rome's famed Spanish Steps.

Graziano Cecchini, 54, was convicted of disrupting bus services with his January 2008 stunt, which he described as a protest against dishonest politicians of all parties, ANSA reported Monday. 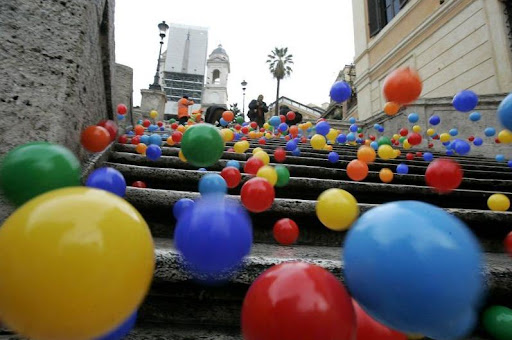 Cecchini criticized the outcome of his trial, the Italian news agency said.

"What sort of interruption of service could there possibly have been? The Piazza di Spagna (Spanish Steps) is a pedestrian area. There wasn't any crime, only a pop-art event," he said.

Here's a video report of the day's fun and games. Certainly, the street-sweepers seem to be enjoying themselves!

Mr. Cecchini is a well-known 'artistic protester'. One of his previous feats involved dyeing the waters of the Trevi Fountain a deep blood-red. 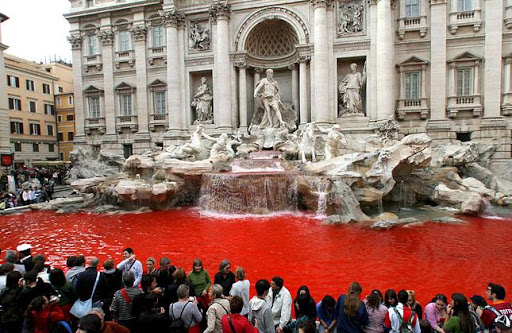 Creative protest, certainly! Perhaps our rather boring home-grown variety might take some lessons from him? We'd probably all enjoy the results!

Even the police...well, they appeared to be police were taking pictures. I honestly don't see any harm in his demonstration. Seems to have made the public smile & it was pretty.

There have been several instances of this kind of thing, done for fun here in the US. Most of the ones I am aware of involve mass amounts of bouncy balls.

Sony picked up on the phenomenon and made a commercial for a television using tons of bouncy balls in hilly San Francisco. You can find the video here: