The maritime graveyard of Mauritania


Thanks to Frank W., who sent me these photographs of abandoned ships at Nouadhibou, in the West African nation of Mauritania.

It seems that for many years, shipping companies (particularly fishing companies) have dumped their old vessels there, to rust away into oblivion. Disposing of a ship is an expensive business. When scrap metal prices are down, it's hardly worth the trouble of selling them to scrapyards, and the cost of getting them from where they are to the scrapyard is often more than their value in metal. Therefore, it made sense to the companies to pay a bribe to local officials, anchor the ships, take off the crews, and leave them there to rot.

As a result, there are literally hundreds of ships in the bay and along the shoreline, as this satellite image shows. (Click it and all other photographs for a larger view.) 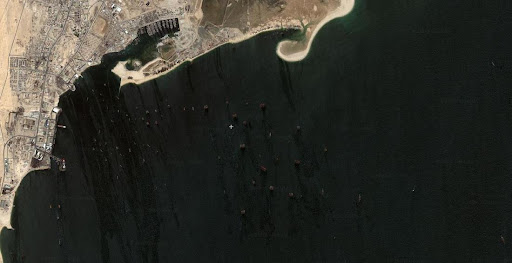 Of course, many of the ships are still carrying fuel and lubricating oil. Others may have had hazardous cargo aboard. If you click on the picture above, or the one below, and look at the large version, you can see the resultant streaks of pollution on the surface of the water - which can't be healthy for the 90,000-odd residents of Nouadhibou, Mauritania's second-largest city, or for marine life in the bay.

The Mauritanian fishing industry was nationalized in the 1980's by that nation's government, which proved unable to manage it efficiently: so most of the trawlers in Mauritania joined the 'ghost fleet' whether they liked it or not! 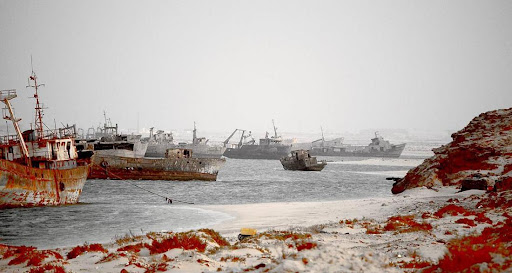 Larger ocean-going trawlers, from nations all across the globe, are there in great numbers.

Larger freighters are also present, some long since run aground, with no-one to tend their anchors and stop them dragging during storms. 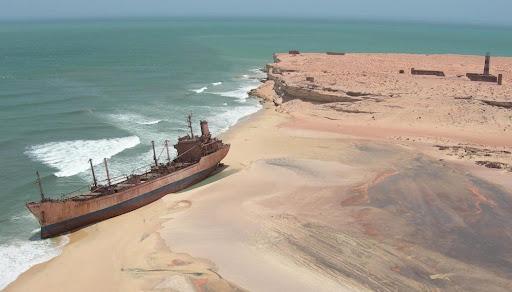 I found this short video clip of the maritime graveyard at Nouadhibou on YouTube.

Sad to see so many ships rusting away into uselessness . . . and polluting an entire bay, with who knows what consequences for local sea-life, birds and residents.

When the "officials" are petty tyrants, they are allowed to profit at the expense of the people.

That seems to be the message in all places at all times.