On rare earth elements and their supply


I was interested to read an article on China's dominance in the production of rare earth elements.

It looks like a scene from an apocalyptic science-fiction movie. High on the frozen plains of Inner Mongolia, giant trucks rumble across the floor of a lunar-like crater so vast that it looks as if it might have been gouged out by a meteorite.

This two-mile-wide crater in one of the most remote corners of China is the secretive Baiyun Obo mine. It's the world's biggest mine and the largest single source of rare-earths, the metallic elements that are driving the global revolution in green technology. 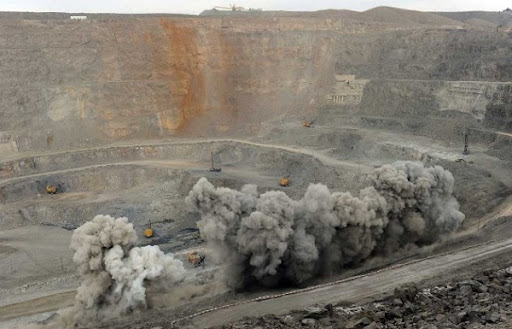 They are also used in mobile phones, computers, iPods, LCD screens, washing machines, digital cameras and X-ray machines, as well as missile guidance systems and even space rockets. Industries reliant on the rare-earths are estimated to be worth an astonishing £3trillion, or five per cent of global GDP.

The rocks are full of rare-earth metals combined with iron ore, and the rare-earths are extracted as a supplementary process to the iron-ore extraction, making it the most productive source of rare-earths on the planet.

It is a source upon which the Western world has become dependent. In 2008, China supplied 139,000 tons worldwide, 97 per cent of the world's total rare-earth production.

The architect of modern China, Deng Xiaoping, realised the significance of the elements lurking in the arid wastes of Inner Mongolia almost 20 years ago when he said: 'There is oil in the Middle East but there is rare-earth in China.'

But the new-found wealth has come at an appalling environmental price, turning the town and the surrounding areas into a poisoned, arid wasteland littered with unregulated refineries where the rare-earths are extracted from rocks.

The crude refineries squat along the valleys north of the town, surrounded by partly frozen red-coloured 'tailing lakes' up to a square mile in size where rocks are kept before being processed.

The land is scarred with toxic runoffs from the refining process and pock-marked with craters and trenches left by the huge trucks that transport the rocks across ice and mud. Rusting machinery lies scattered along the valley floor, giving it the appearance of a war zone.

Around 100 miles south of Baiyun Obo, larger rare-earth refineries sit around the banks of the world's largest tailing lake, Baogang - seven square miles of evil-smelling toxic waste that shows the shocking extent of this industry's impact.

It is a scene that Chinese officials, and particularly those from Baotou Steel, do not want the world to see. Several villages close to the lake have already been relocated because of pollution and only minutes after we reached the lake, security guards hired by the mining company arrived to hustle us away.

At a remote processing plant called He Jiao Mu Qu, in nearby Guyan county, workers showed me around what must be one of the most toxic factory floors anywhere. They earn relatively high salaries - 1,600 yuan (£145) a month for removing rare-earth from rocks.

Inside the factory, boiling sulphuric acid flows in open trenches and boiling yellow lava spews out of kilns at the end of rotating steel pipes. The sulphur-filled air stings the eyes and burns the lungs. Workers' clothes were peppered with acid burns.

'We start out with uniforms but they soon get burnt away by the acid,' I was told by one worker whose trousers were a honeycomb of acid burns. 'They give us gloves and masks. But the masks don't do much. I have trouble breathing at the end of every 12-hour shift.'

Another worker, Guo Fu Qiang, said: 'The money is quite good. But our boss doesn't pay us anything extra for working in the summer heat or freezing winters, and none of us has accident insurance.'

A worker in an adjoining factory warehouse insisted he would never work on the factory floor, however much he was offered. 'It's suicide,' he said. 'If you work in there long enough, you will die of cancer.'

Ironically, as the environment surrounding the mines in Inner Mongolia becomes more poisoned, demand for green technology in the West is driving up demand for rare-earth metals. Worldwide consumption is expected to hit 200,000 tons a year. 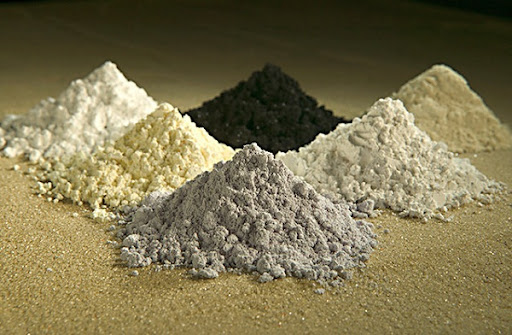 China has a virtual monopoly on the market but has been cutting export quotas in each of the past three years, saying it needs rare-earths for its own increasingly hi-tech industrial output and that the West should begin to source its own.

John Kaiser, a California-based mining expert and rare-earths specialist, said: 'If the world gets really serious about green technology, it could result in a scale of demand that rare-earth suppliers would be unable to cope with.

'Low pricing from China has killed the rest of the world's ability to produce rare-earths. The mines could not compete on price. Health and safety laws [in the West] are very different, too. We know there's billions of dollars' worth in the ground outside China but it would take that much to get it out at the moment.'

China's decision to cut export quotas has already set alarm bells ringing. The United States imports all its rare-earths and more than a billion dollars' worth of goods consumed in America every year contain rare-earth elements.

'Industries are snooping all over the world for alternative supplies of rare-earths, but any new facility is going to take five to ten years to come online,' Kaiser said.

Only two new rare-earths mining projects are currently planned outside China - one in Mountain Pass, California, the other in Mount Wells, Australia. Neither, however, will be in production until at least 2014, and neither will be on the same scale as Baiyun Obo.

Although China says it needs the metals for its own developing industries, some experts believe Beijing is using the tactic of restricting supply to force manufacturers to bring their factories and technological secrets to China.

Dudley Kingsnorth, an independent rare earths marketing consultant, said: 'The Chinese will not deny the rest of the world rare-earths but the price will be that the West needs to move its manufacturing facilities to China in order to get access. Then it becomes a question of sovereign risk. Countries and manufacturers don't want to have 60 to 70 per cent of their manufacturing in one country.'

China has made clear its desire to shift from its traditional role as the 'world's workshop' with low-tech, labour-intensive factories, to more high-tech manufacturing. It may use its near-monopoly on rare-earths to make possible that leap forward.

I hadn't realized just how vital rare earth elements were to so many aspects of modern life. If China has such dominance in their supply, it can extort a heavy price from companies - and nations - needing them. One hopes alternative sources of supply will come on-line soon enough to neutralize such pressure.

(For those wanting to learn more about rare earth elements, Seeking Alpha has a good primer on them, including a list of them and what they're used for. Wikipedia also has an interesting article about them.)

I use Cerium for the final polishing of the stones that I make into jewelry. So does most jewelry stores. If most of this Cerium comes from china then the low prices of this element will increase to a way higher level when china decides to stop selling it to us.

As I recall, North America has deposits sufficient for mining but the green jihadis were behind shutting down these operations. Might be interesting to see just who funded this "activism".

It makes me think of the photos of China you posted in November, the ones that look like hell on earth. Open troughs of sulfuric acid?

The one resource the Chinese seem to be willing to enthusiastically use up are their own people.

Don't forget tellurium, used in cadmium-tellurium thin film solar cells. Annual world production of tellurium amounts to a few hundred tons, mostly as a by product of refining copper, silver, gold, and lead. A few dozen small companies produce it from the sludge they buy from metal refiners, so there's not really any obvious place to corner the market. ( I checked )

The crude refineries squat along the valleys north of the town, surrounded by partly frozen red-coloured 'tailing lakes' up to a square mile in size where rocks are kept before being processed.

it becomes VERY difficult to trust the rest of it.

For the uninitiated, 'tailings' are the materials left over AFTER the process of extracting the good stuff.

I read there are monazite beach placer deposits in India containing rare earth elements. There is a large deposit of thorium and REE's at Lemhi Pass, Idaho. Another deposit of REE's is at Bokan Mtn. in Alaska. In Nelson Count Virginia there were reports of finds of chevkinite and also allanite with praseodymium and dysprosium. Since there were no uses for these metals at the time, the sources for them were not prospected. Numerous occurrences of REE minerals exist. The REE mines at Mt. Weld, Australia lost money in 2008.

"Green Jihadis"? Your preconceptions are showing. I worked for the company who owned the Mountain Pass operation. Production was stopped due to the worldwide low prices for the oxides due to cheap supplies from China.