What happens to your body in weightlessness?


There's an interesting article by Mike Barratt on the Beagle Project's blog (I've mentioned the Beagle Project before). He's halfway through a six-month stay on the International Space Station, and writes about what happens to the body during prolonged weightlessness. Here's a brief excerpt. 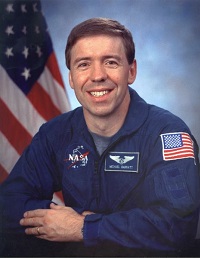 The prominent topics on my mind have been the specific physiologic problems associated with living in weightlessness – bone and muscle loss from disuse atrophy, cardiovascular deconditioning, neurovestibular reprogramming, etc. I have often said that humans essentially become extraterrestrials in space due to the global multi-system changes that define adaptation to weightlessness. Many physical and laboratory norms shift, and medical problems may present differently against this backdrop. But after 100 days on orbit, what has struck me most is the constellation of fundamental changes in behaviour and motion associated with deep adaptation to weightlessness. Learning to live and work here prompts a metamorphosis of sorts in habits, body awareness, motion control, and hygiene. This is in concert with a remote, expeditionary lifestyle with somewhat sparse provisions, which rather reminds me of being at sea. In some ways we degenerate as compared to what people expect. Let me paint a picture.

The neutral body posture assumed in weightlessness represents the sum resting flexion force of the major postural muscles. Put simply, you assume a posture somewhere between standing and fetal. You have to make a conscious effort to ‘stand straight’, and it is actually uncomfortable to be restrained out of this position for long periods. Shrug your shoulders and let them fall a little less than half-way, then keep them there. That’s us, a posture your mother would never approve of. As for your feet, as my Air Force buddies often remind their Army counterparts, we don’t walk; we fly. The calluses on the soles of your feet slough, part of the process we call the mid-mission molt, giving the word tenderfoot a new meaning after return to earth. Inflight, you go around in stocking feet or barefoot (my preference), and the prehensile nature of the toes rises to the surface. Your feet are used to stabilize the body, allowing you to fix yourself into position to optimize your work envelope, and toe holds are a key part of this. Calluses develop on the upper surface of the feet due to contact with foot restraints, particularly the dorsal aspect of the 1st metatarsal-phalangeal joint.