I was surprised by the news that China has produced the world's largest bottle of wine, because I hadn't known that China was a wine producer. However, according to the China Wines Information Website, it's the sixth-largest producer in the world, in terms of the area under wine cultivation and production, and has over 500 wine producers.

A group of Chinese winemakers have claimed the new world record for the world's biggest ever bottle of wine. 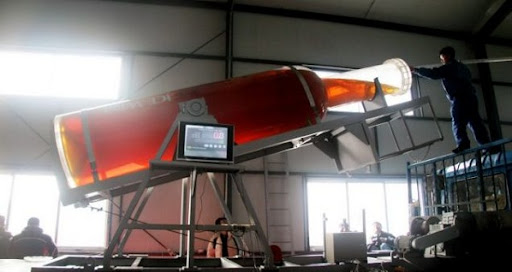 'We are very proud, and the wine is very good. We have all had a glass from the bottle to celebrate,' said a company spokesman.

That's the equivalent of 2,467 regular-size (750ml.) bottles of wine! I wonder what sort of hangover that much plonk would provide?

Impressed by this new record, I looked for more related records. It seems the world's largest wine glass was produced in the Italian city of Spoleto in 2008. The champagne glass measured a massive 79 inches tall by 18 inches across, and was filled with 16½ liters (3.63 gallons) of sparkling wine. 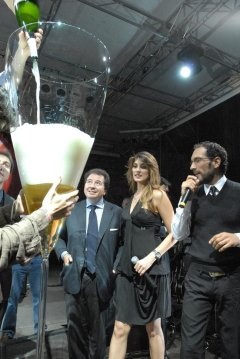 On the opposite end of the scale, the world's smallest wine glass was manufactured by NEC Corp. in Japan back in 2000. Their press release claimed:

Using highly advanced manufacturing techniques that can produce three dimensional (3D) objects at the nanometer scale (one nanometer is one-billionth of a meter), researchers built the glass from carbon with an external diameter of only 2,750 nanometers (nm), approximately 20,000 times smaller than a normal sized glass. 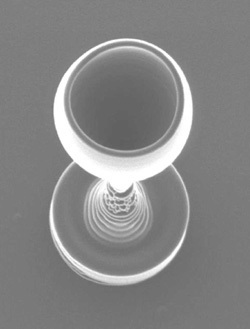 The only drawback is that NEC's wineglass is so tiny, it can't hold even a single drop of wine!

To go with the tiny glass, I suppose one would need the world's smallest bottle of wine. That's produced by Steve Klein of Klein Designs in California. According to Guinness World Records:

Steve Klein of Klein's Designs, Encino, California, USA, produces hand-blown miniature wine bottles standing 3.2 cm (1.2 in) tall and with a volume of 0.75ml (0.026 fl oz). Each bottle is corked, sealed, and labeled. Limited to 1,000 bottles per type of wine, each issue is accompanied by a formal certificate. Prices currently range from $20 to $90 for a bottle of Gros Frere et Soeur 'Richebourg' which has a 24 carat Gold Seal. 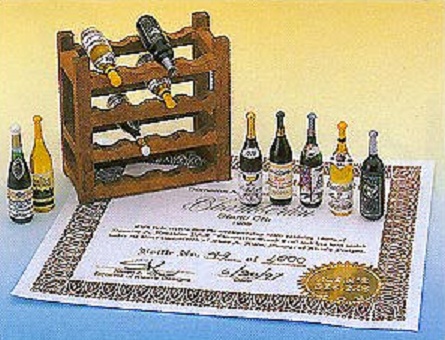 And, just to round things out, the world's most expensive wine glass is available from Opulent Items. 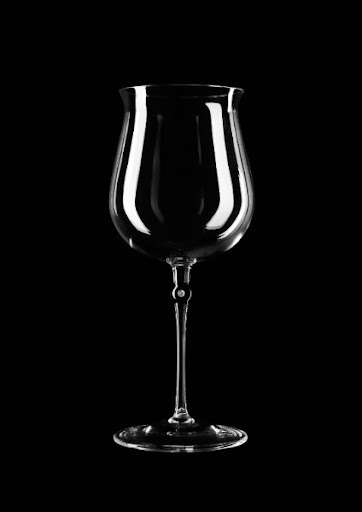 It's made from borosilicate glass, which doesn't transfer the heat of your hand to the wine, and features a diamond set into the stem. It retails for $3,750.00 per glass. Different sizes are available for red and white wines.

Indeed? I wouldn't spend four large on a wine glass, but I do have a much more reasonably-priced double-wall coffee cup which is quite an effective insulator also.

I had two, but then I have cats, too.

I wonder how many of these wine glasses have been bought by the oral office and congress? Then charged to the American people.

Unfortunately, the Chinese wine showed high levels of lead, cadmium, and could not be imported into the US.

I'm a label reader; if it says "China" on the label I will not consume it.

The WH needs a set of those to go with the Wagyu Beef.