An interesting alternative to portable computers


I was intrigued to read about the Light Touch device from Light Blue Optics. The Daily Mail reports:

Fed up of lugging a heavy laptop around? Soon you could be typing documents and browsing the web on any nearby surface with the aid of a pioneering pocket-sized projector.

An innovative British company called Light Blue Optics has created the Light Touch, which transforms any surface into a 10.1in touch screen, reminiscent of the film Minority Report. 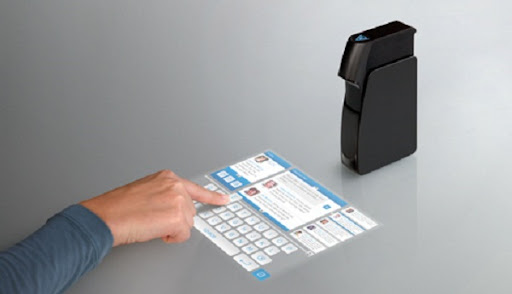 The system uses holographic laser projection and infrared sensors to create a screen that supports multi-touch gestures, like many smart phones.

The device was unveiled by the Cambridge based company at the Consumer Electronics Show in Las Vegas. 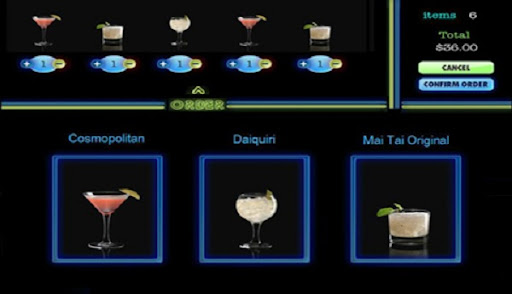 Dr Edward Buckley was on hand to show off its impressive features, including games, photo galleries and a video player with the brightness of 15 lumens.

'With the photo application you can drag your pictures around into an order you like, view one by touching on it and also scroll through them. It's much like on an iPhone,' he told reporters.

Holographic refers to the novel method of projection used by the Light Touch.

A distorted version of the desired image is placed on a microdisplay using diffraction patterns (the effective bending of light waves.)

When this is illuminated with a laser it projects the correct image outwards, remaining in focus at all distances.

It also works on curved surfaces.

This could be very useful. Instead of carrying around a laptop, notebook or netbook computer, one could carry a small projector. It could clip to the back of an airline seat, for example, and project its keyboard or other information onto the fold-out tray table. It could be used on any convenient surface, yet be carried in a shirt or jacket pocket.

Here's a video clip from the CES 2010 exhibition showing the Light Touch in operation.

Interesting! I'll be watching this to see how the technology develops.

Definitely an interesting piece of technology! I would love to have one of these for school. My backpack is heavy enough without adding a laptop to it.

The only issue I've heard is the complete lack of tactile feedback, which makes touch-typing very challenging.

Bluetooth pair it to a phone with a manageable keyboard, and off you go.