How pathetic can you get???


I'm astonished - and outraged - by an article on the CNN Web site about how some viewers of the film 'Avatar' are feeling depressed and suicidal, because they can't live in the 'perfect world' portrayed by the movie.

James Cameron's completely immersive spectacle "Avatar" may have been a little too real for some fans who say they have experienced depression and suicidal thoughts after seeing the film because they long to enjoy the beauty of the alien world Pandora. 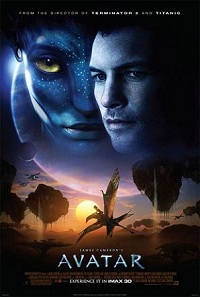 On the fan forum site "Avatar Forums," a topic thread entitled "Ways to cope with the depression of the dream of Pandora being intangible," has received more than 1,000 posts from people experiencing depression and fans trying to help them cope. The topic became so popular last month that forum administrator Philippe Baghdassarian had to create a second thread so people could continue to post their confused feelings about the movie.

"I wasn't depressed myself. In fact the movie made me happy ," Baghdassarian said. "But I can understand why it made people depressed. The movie was so beautiful and it showed something we don't have here on Earth. I think people saw we could be living in a completely different world and that caused them to be depressed."

A post by a user called Elequin expresses an almost obsessive relationship with the film.

"That's all I have been doing as of late, searching the Internet for more info about 'Avatar.' I guess that helps. It's so hard I can't force myself to think that it's just a movie, and to get over it, that living like the Na'vi will never happen. I think I need a rebound movie," Elequin posted.

A user named Mike wrote on the fan Web site "Naviblue" that he contemplated suicide after seeing the movie.

"Ever since I went to see 'Avatar' I have been depressed. Watching the wonderful world of Pandora and all the Na'vi made me want to be one of them. I can't stop thinking about all the things that happened in the film and all of the tears and shivers I got from it," Mike posted. "I even contemplate suicide thinking that if I do it I will be rebirthed in a world similar to Pandora and the everything is the same as in 'Avatar.' "

Other fans have expressed feelings of disgust with the human race and disengagement with reality.

There's more at the link (unfortunately).

This is absolutely stark staring batshit bonkers! Just who - or what - do these idiots think they are? For Heaven's sake, if a movie - a fantasy world of the imagination - has this effect on them, just how much of a life do they have in the real world?

Many of the reviews of Avatar (for example, see here, here and here) have pointed out serious issues with the movie's plot and characters. It's certainly an interesting movie, and it advances the art of computer-generated graphics by an order of magnitude, but it's got plenty of flaws. It's hardly a life-changing experience . . . except to those who don't seem to have a life to begin with!

Time for some emo kids to grow up, methinks.

Well of course it's understandable. Cameron deliberately painted an Eden, conveniently ignoring all the pains and trials of real tribal life.

Whether you believe we were ever in the Garden for real, or whether you belive it only a metaphor - either way humanity has never lost the yearning for it.

Time for a lot of people to HTFU, I reckon.

We live in a world of Oprah, self-help books and "enablers" (to whom blame for all maladies is assigned).

We should not be surprised by this latest manifestation.

What on earth have we come to?

(to amend that... the impulse to mourn the imperfect is understandable... to be brought to hopelessness by it is.. rather sorry, yes. But not entirely modern either. "I could have told you Vincent..." )

Actually, those folks would be doing the rest of us a favor if they removed themselves from the gene pool. Let's just hope they haven't reproduced yet!

Sorry, but I don't support anti-American, anti-business, anti-military movies like Avatar. Screw the commies who make such crap.

I bet most of these people live in front of the computer and TV - they never go outside to appreciate the amazing world we have!

It is a savage and relatively primitive world. These people wouldn't last a day there before they were eaten.

These folks will sort themselves out when the Gods of the Copybook Headings return. Or not, in which case Darwin take the hindmost...

Does anyone remember seeing the first episodes of Star Trek, back in the 60's. A lot of us got the same feelings, that there was hope for a better future. Not wanting to die because we could not have that future right now. Plus we knew that it was a TV program and it was from imagination, and that some of the things we could work toward, but not give up on the now, because we are not like that now.
Things sure have turned toward a darker side of living on this planet, because of the 1960's.
And I'm still waiting for my flying car since I saw them in Popular Science during the 50's.