On January 27th, 1967, three US astronauts were burned to death when their Apollo 1 capsule caught fire during a ground test. 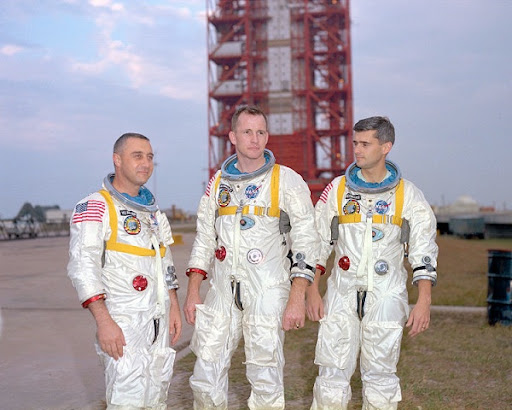 Lieutenant-Colonel Virgil I. 'Gus' Grissom, USAF, Lieutenant-Colonel Edward H. White II, USAF, and Lieutenant-Commander Roger B. Chaffee, USN, were performing a 'plugs-out' test of the capsule, in which it was disconnected from external power and resources and functioned on its own internal systems. As the subsequent inquiry would show, there were serious flaws in the capsule's design, not least of which was, as Wikipedia points out:

Following a worldwide survey of artificial oxygen-rich environments, it was found that rarely if ever had a 100% oxygen environment been created and maintained at such a high pressure, in which a bar of aluminum can burn like wood.

It was never determined precisely what started the fire. Many defects in design and workmanship probably contributed. Its results were tragic. All three astronauts died within seconds. 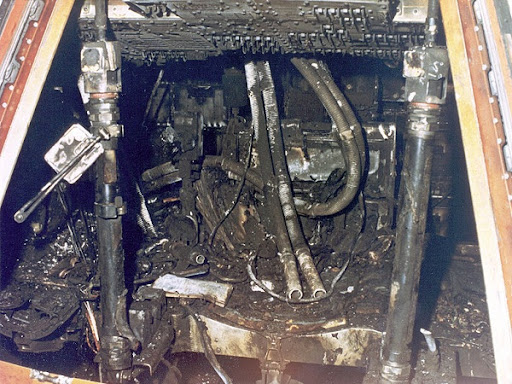 Following the tragedy, numerous improvements and modifications were made to the Apollo capsule, subsequent examples of which went on to reach the Moon and enabled astronauts to land there.

Today, Launch Complex 34 at the Cape Canaveral Air Force Station in Florida is deserted, most of its structures demolished. Two plaques adorn one of the base pillars. 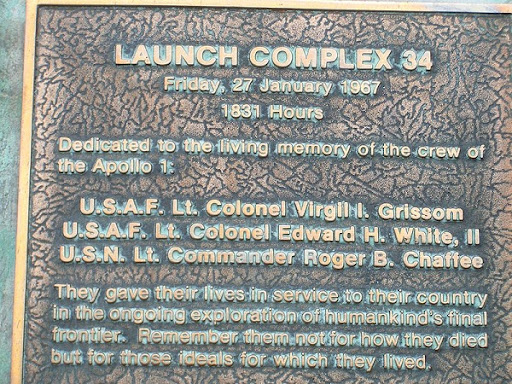 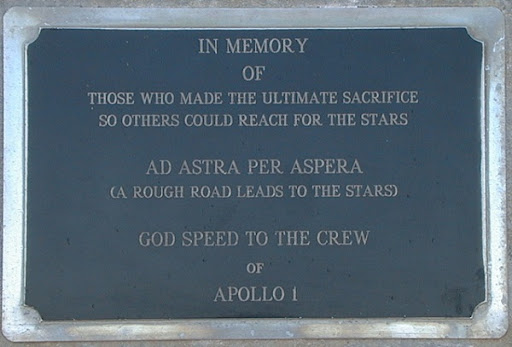 Let us remember their sacrifice with all honor.

The Missus and I grew up on the Space Coast only a few miles from Cape Canaveral. We've been out to see Pad 34 a couple of times, and it is always a moving experience. I highly recommend that anyone with an interest in spaceflight take the KSC tour (which includes this launch pad) and be sure to stop by and see the astronaut memorial at the visitor's center. You'll never forget it.

I too grew up in the Space Center area, specifically Merritt Island. Contrary to what NASA told the public, the 3 astronauts did NOT die instaneously. I have heard the capsule-control room communications tape, and they had time to realize the reality of the situation. I have made an effort over the years to not think of this occurance because of the horror I know they experienced.

I work for a company that makes industrial gas (including pure O2). We didn't and don't supply the O2 to NASA, but I have heard a lot of stories about the hazards of high O2 atmospheres. It is rare for anyone to get hurt these days due to a boatload of safety rules and design rules. NASA still does a lot of testing for the industry. Oxygen fires still happen. I have helped a few myself. Two looked just like that picture, but they happened in areas where people are not allowed to go when equipment is running. Everything burns in pure oxygen, including aluminum and steel.

As an aside, there is a high pressure nitrogen pipeline supplying the launch pads. The shuttle and rockets are blanketed in pure nitrogen during launch to prevent any stray ignition/fire around the pad.