A fascinating look at identity fraud


Rolling Stone magazine has published an article about a young lady who used stolen identities to enroll in Harvard and Columbia universities, and became the focus of a national search. 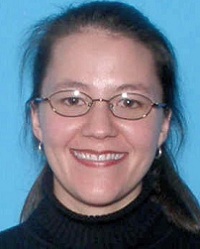 Investigators had never encountered anyone like this mysterious young woman, whom they discovered was not Brooke Henson at all but an imposter named Esther Reed: a criminal with an MO radically different from that of a typical identity thief. Rather than max out people's credit cards and move on, Esther would become them, spending years living under a succession of assumed names. Posing as various young women, she got her GED in Ohio, aced her SATs in California, gained admission to three universities — including continuing-ed programs at Harvard and Columbia — and received $100,000 in student loans. Along the way, she duped countless people from coast to coast, from DMV clerks to college professors to the West Point cadets she dated.

"She's a criminal genius," says Jon Campbell, the South Carolina police detective who eventually exposed her trail of deceit. "She was manipulative, controlling, brilliant. We didn't know what to make of her." With so many unanswered questions, authorities treated Esther Reed's disappearance as an all-out emergency, suspecting her not only of fraud but of murder and international espionage. The tabloids had a field day with this brazen girl who had conned her way into the Ivy League; front-page headlines worried over her whereabouts and wondered what dangerous secrets she might be keeping.

No one guessed the truth, which was simpler, and therefore stranger, than their wildest theories: that the scared young woman so hotly pursued by South Carolina police, the Secret Service, federal marshals and even the U.S. Army was actually on a bizarre and misguided journey of self-discovery. A 28-year-old high school dropout from Montana, Esther Reed just wanted to stop being Esther Reed and to embark on a new, better life of her own design. She was pursuing the American Dream, with a twist: Rather than forge a new identity from scratch, she would steal someone else's and remake it to suit her own needs. Reed never imagined that her ill-conceived self-help program would land her on America's Most Wanted and brand her as a threat to national security — or that for one brokenhearted family in South Carolina, the fulfillment of her hopes and dreams would mean the end of their own.

There's much more at the link. It makes very interesting and informative reading. Highly recommended.

Fascinating article! And though it is not the message the writer intended, it does show that a person with no criminal intent CAN, with careful research, become someone else. Had she not picked a woman from an open missing persons case, and had she not had the crushing panic/inferiority complex, she might still be living it today. The guy from Wired magazine was wrong; he simply didn't take it far enough.

She sounds like a current version of Frank Abagnale (of "Catch Me if You Can" fame).