Brian May, former lead guitarist for the legendary group Queen, has collaborated with Elena Vidal to write a book about an obscure village in 19th-century England. 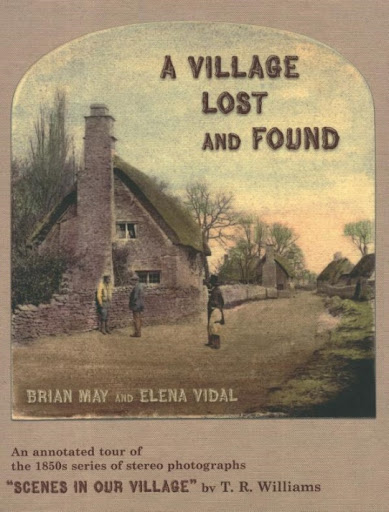 The Daily Mail has an article about the book. Here's an excerpt, with some of the pictures that inspired May.

When I was about 12 years old, Weetabix gave away a series of 3-D picture cards featuring animals - you would find them nestling between the box and the inner bag. The idea was that you could send off for a special 'Vista-Screen' viewer which, when the pictures were inserted, made them leap into amazing 3-D.

As a youngster growing up in Feltham in the suburbs of London, I was transfixed by these images and began to scour street markets for old stereo cards. Little was known about the creators of the most ancient and intriguing images, but the same proprietary marks cropped up again and again: Elliott, Silvester, and TRW.

TRW, or Thomas Richard Williams (1824-71), rapidly became my favourite. But frustratingly, the only reference I could find to him was in a little book about stereo cards, which gave just one picture and contained scant detail: the rough dates of his birth and death and that he had created a series of rural stereo views called Scenes In Our Village. But it was enough to capture my imagination.

The series has fascinated and enchanted me ever since, and after 30 years of detective work, I now know that it comprises 59 exquisite scenes, taken in and around an idyllic village of the Victorian age, featuring many local characters. 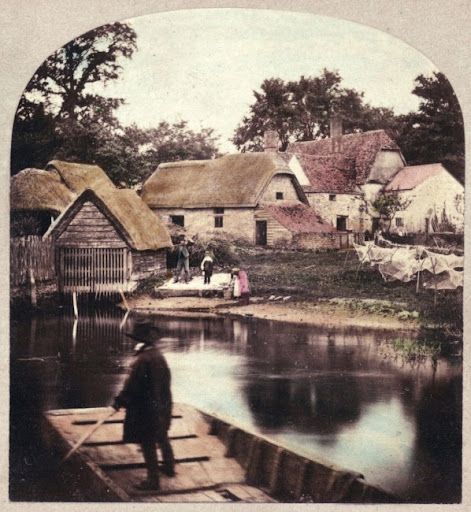 Scenes In Our Village achieved great popularity at the time it was produced, in the 1850s, but then all but disappeared, until my co-researcher and I were able to rescue it. It's been a bit like an archaeological dig! The photographs now represent an important historical document of a bygone age.

Cards from the series are rare, but, on tour for many years with Queen, I got to know specialist dealers in all the cities that we played in, and would spend hours trawling through dusty boxes in their backrooms, seeking out these gems. I found them all over the world - in America, France, Germany, even Australia. This is not, I admit, the usual leisure activity for rock stars on the road.

Despite the century and a half between us, I have always felt a powerful affinity with TR Williams - an almost physical connection that spans the decades. He was interested in art for art's sake, but he was also compelled to communicate his art to an audience, to elicit a response.

As a musician, I feel the same way. I make music because I love it, and I really can't help doing it, but the greatest thrill is in the communication - in the fact that people 'out there' get excited about it as well.

When Queen stopped touring, I enlisted the help of photographic historian Elena Vidal to help piece together information about Williams's life and work. The biggest mystery of all was the identity of 'Our Village'. Some people even questioned whether the village was real or merely a composition of images from different places. 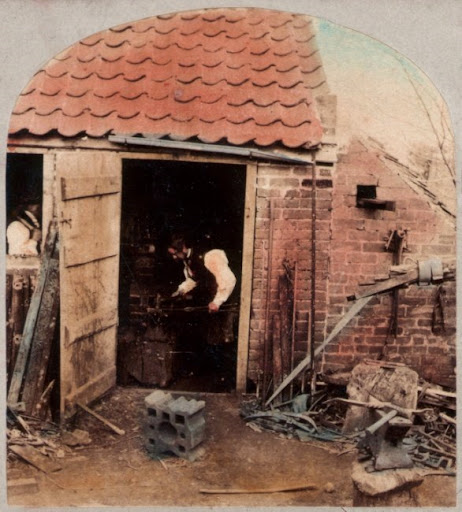 I had wrestled with this problem for years when suddenly, in a Eureka moment, I realised that someone out there must live near the church in the series. I published a picture of it on my website, and within 36 hours six people (including two from Italy) had correctly identified it as St Margaret's Church in Hinton Waldrist, which now lies in Oxfordshire, but then in Berkshire. This was the discovery I had been waiting for. I immediately jumped in the car and drove there with a great feeling of anticipation.

It was an extraordinary spine-chilling moment when I finally saw the church that I had been studying remotely for half of my life. It was almost unchanged - almost suspended in time.

Our research was further helped along by some amazing strokes of fate. A chap wrote to me, out of the blue, and asked if he could visit my house in Surrey. It used to belong to his grandfather, and he remembered spending Christmas there.

I invited him down, and he said he was bringing a suitcase full of material relating to an old photographer, TR Williams - had I heard of him?

In a remarkable coincidence, it turned out that my correspondent was a direct descendant of Williams, and it dawned on us that this suitcase of TRW memorabilia must have resided in my own house at the end of the 19th century. I was living in a house which had belonged to the grandchild of the man I had been researching for so long.

Educated as a scientist, I don't really relate to 'destiny' or 'fate', but such an extraordinary coincidence does make me wonder if there aren't 'more things in Heaven and Earth...'

By now we had managed to piece together something of Williams's life. He was a Londoner who seems to have spent some time in Hinton Waldrist as a boy. 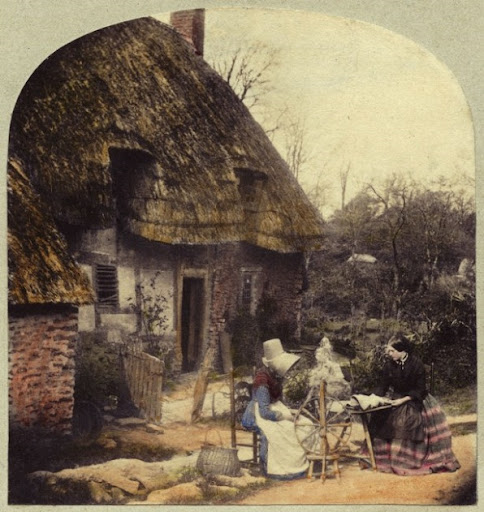 After an apprenticeship to a pioneering daguerreotypist, Antoine Claudet, he became a hugely successful portrait photographer in his own right. His daughter Elizabeth married a famous lens-maker, Dallmeyer; my chap with the suitcase was - and is - a Dallmeyer.

Scenes In Our Village is probably TRW's greatest work - a labour of love. In our book A Village Lost And Found, Elena and I have compiled and annotated the whole series for the first time ever, and the book comes with a new plastic stereoscopic 'viewer' of my own design.

It has been an amazing journey, and I hope people will get as much pleasure from these pictures as I have. They really do portray a lost world - perhaps a better world in many ways - and in startling realism. It is, forgive me, a kind of magic.

There's more at the link, including more pictures.

This fascinates me. It's like a time capsule, showing village and rural life in England a century and a half ago. Queen Victoria was on the throne, the British Empire was still expanding, the USA was gearing up for a hideous civil war, and the Scramble for Africa had not yet begun in earnest. The world was a very different place.

It's great to find this record of things as they were. I suspect I'm going to have to buy this book.

Thank you for posting this - I missed seeing when it first come out.