It seems that a Scottish immigrant to Australia has proclaimed himself King of Lithuania, and 'assume[d] immediate fealty from the Government and Peoples of Lithuania, Past and Present'. The Austrian Times reports: 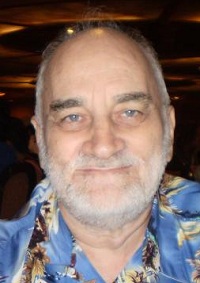 A Scottish ex-pat has baffled politicians and historians in Lithuania by claiming to be their long lost king. His Majesty 'King' Romanas II - born plain Ron Man in Edinburgh - claims to be the rightful heir to a throne that stretches back to the 13th century. Now King Ron - who currently lives in Australia - is seeking help from the country's foreign affairs minister Vigaudas Ushatskas to restore the monarchy in the former Soviet state. "I'm your monarch, despite not being officially recognised for 20 years, and your president is ignoring my proclamations," announced the would-be sovereign on local news website Delfi. But politicians and historians have dismissed his claims as fantasy. Expert Alfredas Bumblauskas said: "This country has not had the status of a kingdom since King Mindaugas in the 13th century. This Scotsman - he is a funny one I think."


Despite the Lithuanian government's apparent unwillingness to accept his sovereignty, 'King Romanas' continues to insist on his Web site that he is, indeed, that country's monarch. His seeming intransigence may be explained by the fact that he's offering anything from knighthoods to peerages in his self-proclaimed aristocracy - upon payment of a suitable consideration, of course. He's also offering 'noble titles' in Russia, the Ukraine and Poland (without, apparently, consulting with the governments of those nations either). I understand that for a mere $199, one can be appointed a Knight or Dame of the Royal Lithuanian Order, the lowest 'rung' of the peerage 'ladder' in the 'King's' fantasy court.

I suppose there's no harm in it . . . and it gives us a laugh. Therefore, by distinctly non-Royal proclamation, I declare 'King Romanas' to be our Royal Doofus for today!

He's only a Doofus if he believes it. Otherwise he's an enterprising Aussie--and I wish I'd thought of it first!